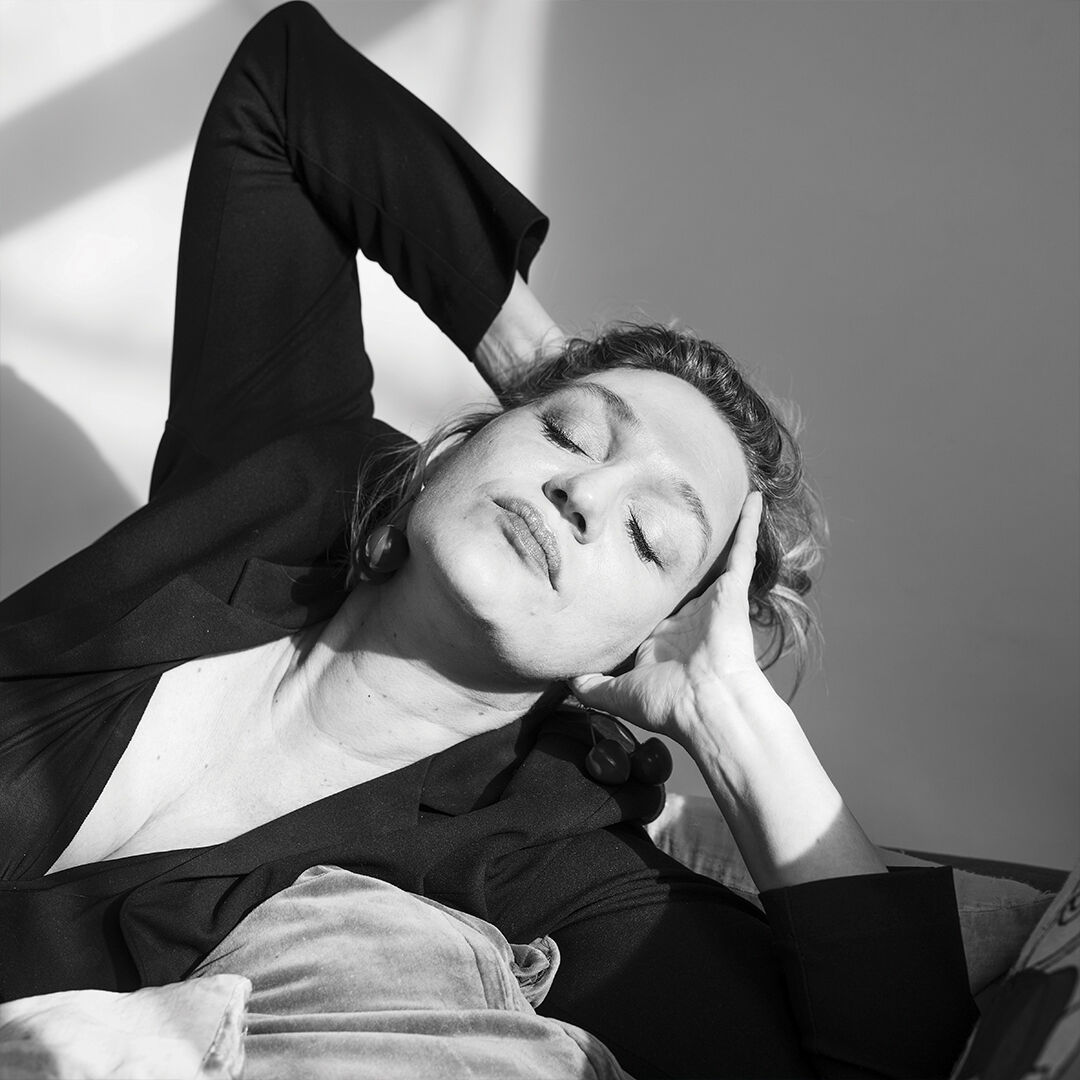 Marlies: Stella, I would like to talk with you about feminism, #metoo and female sexuality. At the moment, there is a lot of confusion and anger surrounding these subjects. What I love and admire so much about you is the way you keep provoking a dialogue while using your sense of humor and virtuosity with words to create a bit of levity around the discussion. In other words: I’m a fan! First of all, how do you define feminism?

Stella: Wow, thank you! To me, feminism is the radical belief that women are humans too.

Marlies: When you say ‘human’, do you mean in the sense that women deserve equal rights?

Stella: Of course! But I’m mostly concerned with the fact that within the confines of traditional gender roles, women are extremely limited in their power. A woman is not supposed to get angry, for example. When you can’t express your anger, you sit in a corner and cry -because that’s one of the few things women are allowed to do- and you are powerless. Looking at existing power structures, you see that the more power you have, the more human you are allowed to be. When a white, privileged male like Trump yells and throws fits, everybody loves it; when Hillary raises her voice, people say she’s a witch and a fake and they can’t stand her voice and they won’t vote for her.

Marlies: Then, #metoo happened and all of a sudden, we saw a lot of angry women.

Stella: Yes, and when women could finally see other women’s anger and pain openly expressed, it only fueled their own anger.

Marlies: We have just come out of the third feminist wave -which you and I have definitely helped shape- and now we find ourselves smack in the middle of the fourth wave and the aftermath of #metoo. I think for a moment we honestly thought that we had achieved our dream of equality; that there wasn’t much left to fight for. And perhaps that is why it hit us extra hard when all this anger erupted, apparently out of the blue.

Stella: Well, it wasn’t out of the blue for me. For years I had found myself in situations where I would hang out with 7 girlfriends, and 6 of them would have been harassed or raped. Literally. The fact that I hadn’t experienced it myself, that I hadn’t been beaten down yet, allowed me to be even more furious. I had this burning desire to find out: how could this have happened? And I think a lot has to do with the skewed power dynamic between genders but also with that very large grey area in the seduction leading up to sex. So many misunderstandings between men and women take place there. Men may feel the pressure to be decisive and pushy, women may be afraid of being called a slut when they express themselves sexually…

Marlies: You came up with the word ‘sletvrees’: the Dutch term for ‘slut phobia’.

Stella: Yes, slut phobia is a very big part of the problem.

Marlies: What would be a solution?

Stella: Men should ask women what they want. And, perhaps more importantly, women should communicate more clearly what they want. We need a sensual revolution. We’ve already had a sexual revolution, but women stayed behind a bit because they were afraid open their mouths. So, men had all these liberties and were fucking around while women either facilitated it or said no. Well, this time, I think we should teach girls when and how to say yes. Because if a girl knows what she does want, she also has a much clearer idea of what she does not want. Hey, it’s not a bad situation for the men either; it must be such a relief to know that women are horny too! But there are a lot of people who are terrified of losing the magic of sexual tension as soon as men and women become friends.

Marlies: How do you feel about that?

Marlies: #metoo is blamed for a lot of confusion right now. You so often hear: “I don’t know what I’m allowed to say or do anymore!”

Stella: Well, the next person to say that, I will personally slap in the face. Get over it, don’t be so lazy. Ask what you are allowed to say. Just ask. Have a discussion. You claim that groping and kissing someone is part of seduction, but when you have to ask a person for consent, the whole thing is ruined. I just don’t buy that. Why avoid things just because they make you uncomfortable? Discomfort is part of life!

Marlies: And it’s necessary for change.

Stella: Exactly. Face it, don’t walk away from it! Who knows, something beautiful may happen.

Marlies: Where do you see us heading; what is the outcome of this ‘sensual revolution’?

Stella: I believe that eventually, the sexes will become more similar while individuals will grow more diverse. A wonderful, exciting change if you ask me.

Marlies: A new situation, for which you will undoubtedly invent some great new words.

Stella: Of course I will!