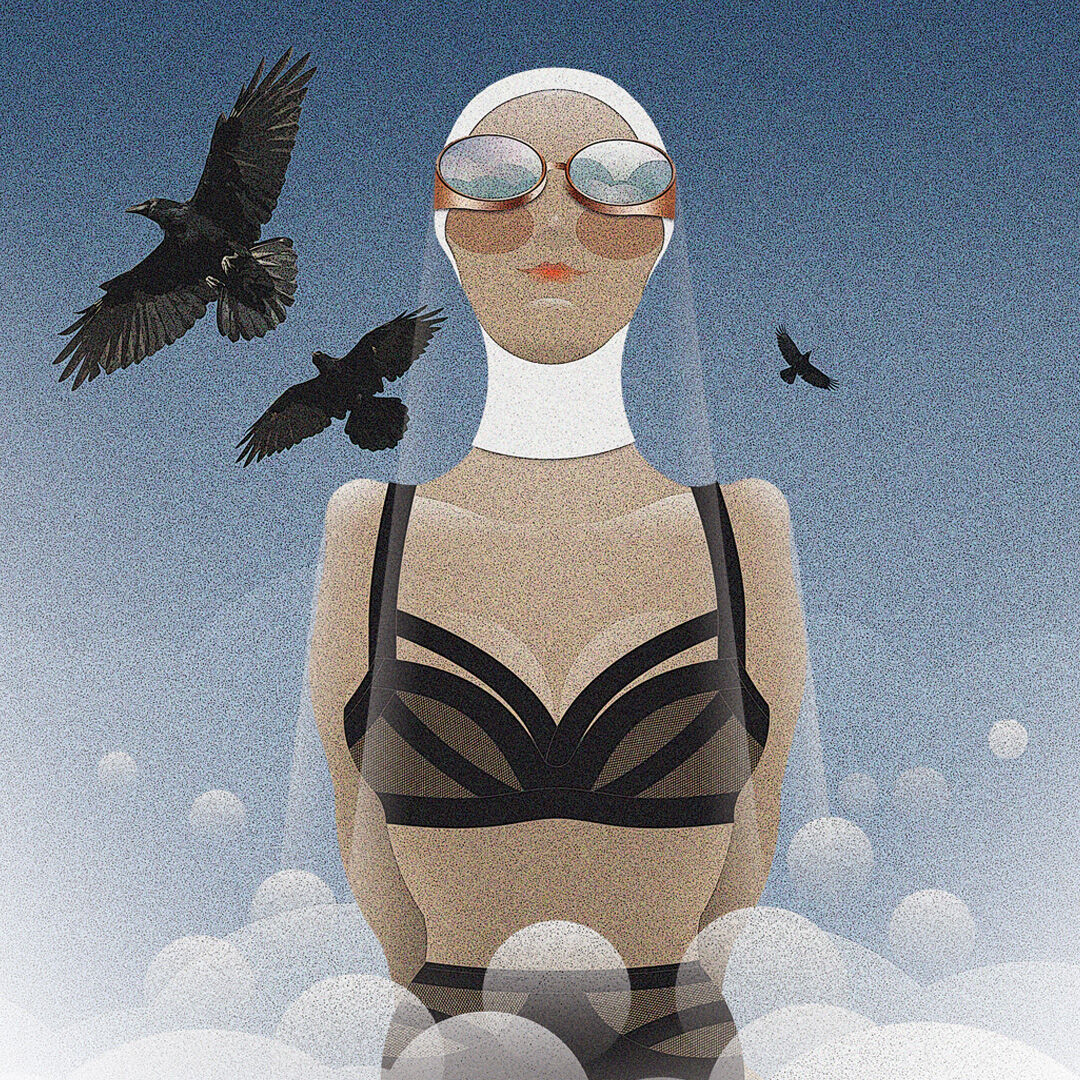 Space: the final frontier for feminism?

Even though we make up almost 50% of the world’s population, less than 11 percent of history’s space explorers have been women. Yes, the glass ceiling between earth and orbit is all too real. Luckily, it looks like the latest generation of feisty ‘fly girls’ is about to smash it.

It seemed so promising: over half a century ago, the formidable Russian astronaut Valentina Tereshkova Russia was the first woman to be sent into space, just 2 years after Yuri Gagarin became the first human in space. But as the investment in space exploration grew, so did the gender gap. It would take nearly 20 years for another woman to follow in Valentina’s footsteps. And when the third female candidate, American astronaut Sally Ride, was about to be launched into space in 1983, the press asked her whether she would cry if things went wrong on the job.

In this male-dominated world, women have always looked up at the sky with longing and hope. From Victorian scientist Ada Lovelace who invented a steam-powered airplane at only 12 years old to the flying feminists of the Roaring Twenties; flight meant freedom. And, not surprisingly, men wouldn’t have it. Even Amelia Earhart, one of the world’s finest pilots, had to deal with prejudices against the socalled ‘weaker sex’. ‘During the menstrual period women tend to become emotionally upset and it is believed that several aircraft accidents have been due to this cause,’ an army handbook from the 1930s warned. And while a number of American women underwent the astronaut selection process in the early 1960s – and passed – they could not become astronauts because they had to be military test pilots, a career not available to women at the time. The message was clear: space was a man’s world. (Ironically, Neil Armstrong may have spoken of ‘one small step for man’, but he would never have been able to reach the moon without the help of a group of brilliant female mathematicians who finally got their recognition with the 2016 blockbuster ‘Hidden Figures’).

In the years since, research has shown that in space, women may be more susceptible to certain health risks than men; think of urinary tract infections or cancers (ovarian, breast) caused by radiation. There is, however, no proof whatsoever that a woman’s menstrual cycle – on earth or above it – has any influence on her temperament or abilities. (Nor is there proof that women are more prone to tears on the job.) A 1964 report published by the Woman in Space Program, which gave male and female aviators the same tests, even showed that 13 of the 19 women tested passed with ‘no medical reservations’; a 68 percent success rate compared to the men’s 56 percent success rate.

Finally, in 1978, NASA selected its first female astronauts, and Sally Ride made her historic trip five years later. It took men a while to adjust. The male NASA engineers responsible for the supplies for Sally’s one-week trip for example, thought to include 100 (!)tampons. ‘Will that be enough?’ they asked her. But women were unstoppable. Slowly but surely, they started gaining their rightful place in space. In 1992, Mae Jemison became the first female African-American astronaut to be launched into space. In interviews, she remembered watching the Apollo astronauts as a child, thinking: ‘Where are the women, or anyone of color? Will aliens actually think this is all there is to humanity?’.

There may not be alien life on Mars, but there is a big chance that the human race will finally be well represented when we land there, hopefully within the next 15 years. The latest class of NASA astronauts selected in 2013, is 50% female – 4 men, 4 women- and they could all be selected for our inaugural trip to the Red Planet. When the first all-women spacewalk fell through last year due to a ‘lack of space suits in the right size’, we realized we still have to fight extra hard to claim our place in space. Still, we won’t be distracted from our mission. It’s a real shame that there hasn’t been a woman on the moon yet, but how fantastic would it be if the first person on mars were a woman? A next step for man? Yes, and a giant leap for womankind.