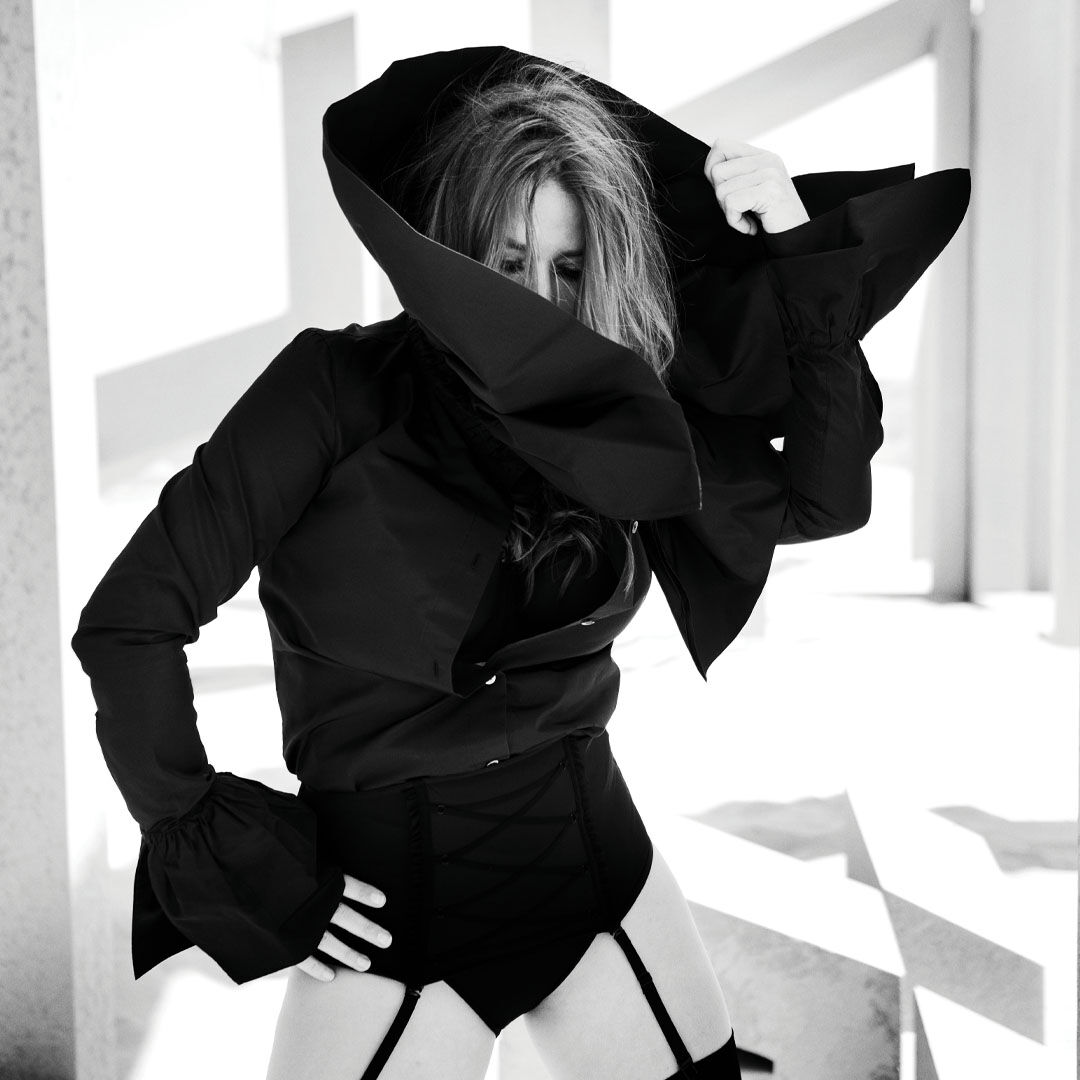 Power dressing? Hey, why not learn from the best? Forget pantsuits and muted makeup; flamboyant, fiercely feminine Cleopatra is back as a power-dressing icon, and we are here for it!

Once upon a time, women believed that, in order to be taken seriously, they had to dress like men. From Margaret Thatcher’s iron coif to Hillary’s pantsuits; it was all about mimicking the boys to gain access to their club. Blend in, suppress your femininity, lower your voice and your heels. But for a lot of women, it was more than just looking the part. We wanted to feel the part. Perhaps, we thought, wearing a power suit would automatically make us feel empowered? But it wasn’t quite that simple…

I was seven years old when I first tapped into my inner source of strength through style. I had cut up a pair of woolen tights to make my own stockings and make-shift garter belt. The moment I put on my handmade creation and looked in the mirror I felt a thrill: that delicious tension between what’s secret and what’s laid bare. And the best part: I was in command of it! A year later, during my First Holy Communion, I felt a similar surge of power. As I stood by the altar in the heels that I had made my parents go on a nation-wide search for, I felt so tall and strong: closer to God, but rooted firmly in my femininity.

I began looking for role models: women that embodied fierce, feminine power. Madonna hadn’t claimed the stage yet in her pointy bra, and it was at least a decade before the birth of ‘lipstick feminism’. But then, when I was 10 years old, I saw Liz Taylor as Cleopatra enter Rome on top of a sphinx. It’s the most stunning scene in the 1963 blockbuster: the Egyptian queen, dressed as goddess Isis in a winged, 24-carat gold costume, flaunting her divinity, power and beauty. A feminine feminist power move avant la lettre, with a cherry on top: the playful ‘slayed it!’ wink she gives Caesar when she descends from the sphinx.

This delicious scene of feminist ‘power play’ gave me an insight that would shape my life-long mission to empower women: why dress like a man when you can dress like a goddess? Or at least, your inner goddess? Don’t get me wrong, I love a good fedora or a nicely tailored pinstripe suit. But it’s about realizing that women have so many more options to engage with their inner power. It’s about understanding that femininity does not equal weakness. The moment you dare to own it, your femininity becomes your superpower. Whether it’s through wearing heels like I do, or by showing off your gym-honed arms like Michelle Obama.

Luckily, a lot has changed since Thatcher and ‘Working Girl’ (1988). More and more, women are refusing to camouflage themselves to fit in. Besides Michelle, we some other great new role models, from Facebook COO Sheryl Sandberg commanding any room in her fitted dresses to congress woman Alexandria Ocasio-Cortez fighting fascists while sporting bright red lips and hoops. And how about New Zealand Prime Minister Jacinda Ardern – wearing pink, her hair down – handing off her baby to her husband before addressing the United Nations? ‘Hold the baby, dear. I’ve got a country to run!’.

One of the biggest shifts in awareness has been caused by the recent ‘Time’s Up’ and ‘MeToo’ movements. After decades of silence and making ourselves as small as possible to avoid accusations of ‘having asked for it’, we are no longer toning it down. We are ready to speak up and show off! What better icon than Cleopatra to guide us through this brave new world? As we embrace a more fiercely feminine brand of power, the Queen of the Nile – who once floated down the Nile reclined beneath a gold-spangled canopy dressed as Venus to impress Roman general Marc Anthony – teaches us that, whether you go for pinstripes or lace, for sneakers or Louboutins, supreme confidence is the best style of all. So, drop that last bit of modesty and step into the spotlight. Flaunt your femininity. This is our hour of power; let’s claim it. And after each success, make sure to give yourself a Cleopatra-style wink in the mirror: slayed it!