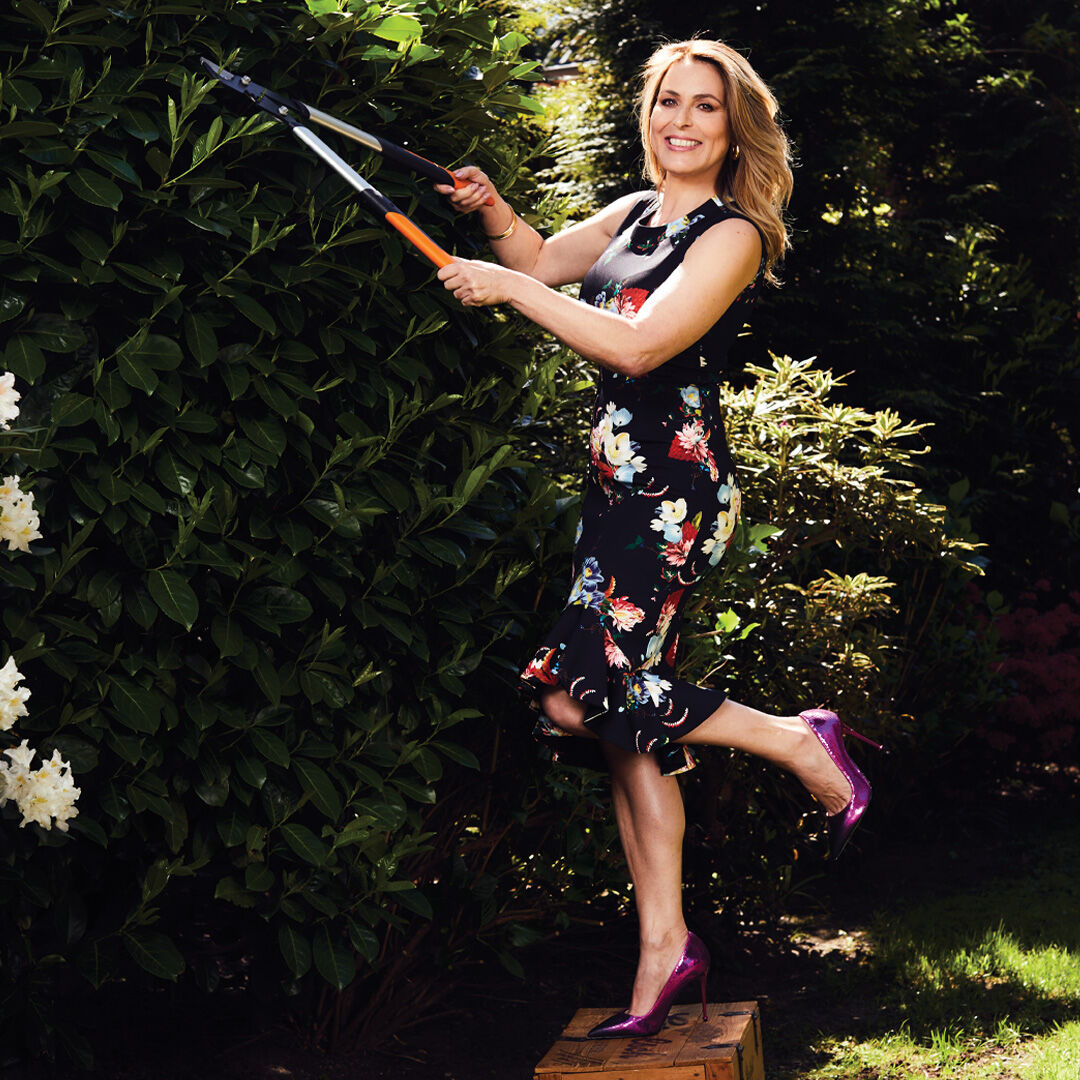 Dutch bestselling author Heleen van Royen is the Amelia Earhart of writing: thrill-seeking, groundbreaking, not afraid to risk it all. On top of that, Heleen loves to cause a stir. So much so, that it sometimes overshadows the brave message of her work. Time to put a spotlight on the artist behind the phenomenon.

Marlies: Heleen, this will be interesting; interviewing one of my dearest friends.

Heleen: (laughs) I know! Very curious to see how it works out.

Marlies: Well, today, I would like to focus on you as an artist. You know that I have always been a great fan.

Heleen: I do. As a matter of fact, you were one of the first people to really believe in me.

Marlies: I admire how you break taboos for a very broad audience, using yourself and your own experiences. Whether it’s a selfie show or a sex diary, your work always has an element of controversy, which can at times cloud people’s judgement of you as an artist. There seems to be no middle ground: you are either for or against Heleen. Yet your art is so layered and nuanced! Let’s talk about your bestselling debut novel The Happy Housewife. You used many autobiographical elements in it, like your own postpartum depression and psychosis.

Heleen: People who have lived through a psychosis are rarely able to write about it. I felt it was hugely important to share that experience.

Marlies: When I asked you as a friend what it was like for you, your answers were always pretty vague. Yet you were able to write about such a great book about it. Can you explain that process to me?

Heleen: I actually remember all my delusions very clearly; they were just really hard to explain to other people. I believed time stood still, and I had to solve all these problems to make it run again. My daughter Olivia couldn’t be in the picture for that. In the weirdest way, there was something almost pleasant about being stuck in this long trip. I remember my senses being heightened to the point where I would be lying in bed and clearly hear all the conversations taking place outside. And I said to myself: ‘Okay, either I go completely crazy and will be committed involuntarily or I am going to preach God’s love and become Jesus.’ (laughs) Well, I got committed.

Marlies: You also described the horrors of childbirth in detail. Which was simply not talked about when the book came out almost 20 years ago!

Heleen: I remember my editor saying: ‘Heleen, that’s a crazy amount of contractions. Let’s leave a few out.” And I said: ‘We’re not taking out a single one.’ I just felt this conviction, this inner fire to talk about the brutality of labor. At moments like that, nothing can stop me.

Marlies: I really respect that. As uncomfortable as the subjects of your work may be, you never shy away from confrontation. Let’s talk about your selfie project: Selfmade. The selfies you made were sexy, often taken in the mirror, often nude, vagina and all. But rather making them merely as a boost for your self esteem, they were part of an important journey of self discovery.

Heleen: Yes, they were raw, unpolished pictures. But I took dozens of each, and while doing so, a very clear theme emerged: the impermanence of everything. We’re only getting older, right? It’s an irreversible process. But as long as I can make art out of it, it has a purpose for me. It’s a way for me to reconcile with the fleetingness of life.

Marlies: When we did our book project ‘Stout’ together, we were barely 40 years old and I didn’t really think about aging at all. But you were already keenly aware of our next life phase, when we would be entering our 50s.

Heleen: Yes, and now I am already planning my next Selfmade show for when I turn 60! My boyfriend Bart isn’t exactly over the moon about it, but I believe it will serve a higher purpose: to break another important taboo for other women.

Marlies: You quite recently made a heart-breaking documentary about your mother, who had been diagnosed with Alzheimer’s disease.

Heleen: As soon as one of your parents becomes in need of care, you enter a whole new phase of your life. I knew I had to document such an important process. Since I wanted to spend as much time as possible with my mother, writing about her wasn’t an option. Besides, my mother was such a character, I don’t think my writing could have done her justice! I had filmed her before, on my iPhone, and as a professional I could tell that she would make a beautiful subject for a movie.

Marlies: It’s definitely one of your strengths: to be able to rise above a personal situation and see it through an artist’s eye.

Heleen: Well, as an artist, I also saw a taboo topic that I really wanted to be address. Alzheimer’s is often seen as an ‘inhuman’ disease. Coming from fear and ignorance, we prefer to pretend that mental diseases aren’t part of our experience as humans. But it can happen to any of us, and it doesn’t make us any less human! With my documentary, I wanted to show that when someone is suffering from dementia, it is actually an opportunity to help and connect, to get closer to that person.

Marlies: It was a beautiful, very intimate portrait. Talking about intimacy, your latest project was as intimate and controversial as it gets: your sex diary. Your relationship with your boyfriend Bart, who is 21 years your junior, was controversial to begin with.

Heleen: Yes, Bart is younger, that’s a fact. But we had been together for nearly 5 years at the time, and I really wanted to give an honest, stripped-down account of our sex life. Plenty of – mostly male – writers have kept diaries, but the actual act of sex is rarely described. I felt it was very important I do this.

Marlies: As your friend, I knew how passionate you were about this project, but I also saw the people around you struggle with it.

Heleen: Even my publisher had some serious doubts! I was really glad that my daughter supported it, from a feminist point of view, even though she refused to read it. Her best friend however, a girl in her twenties, did read it and felt totally inspired by it.

Marlies: Which makes it totally worth it, right? As innovators, you and I take big risks, shaking up the status quo, going against the grain. But we both have the same need: to follow our inner fire, no matter the price.

Heleen: It’s what gives my life purpose: to create. A while ago, I was at the funeral of my friend’s aunt. She had been a big lady, who loved sweets. And that’s all I found out about her from all the speeches: she loved sweets, she loved to hand out candy. No mention of a passion, a cause, a job. Nothing. Just the sweets. And that depressed me to no end. How can you not leave any legacy? What’s the point?

Marlies: That’s exactly how I walked out of my own grandmother’s funeral actually. I remember it as the beginning of my life as an artist. But I can guarantee you, Heleen, that the speeches at your funeral will be anything but boring!

Heleen: (laughs) They better not be!

Read more about Heleen and her Sex Diary here.