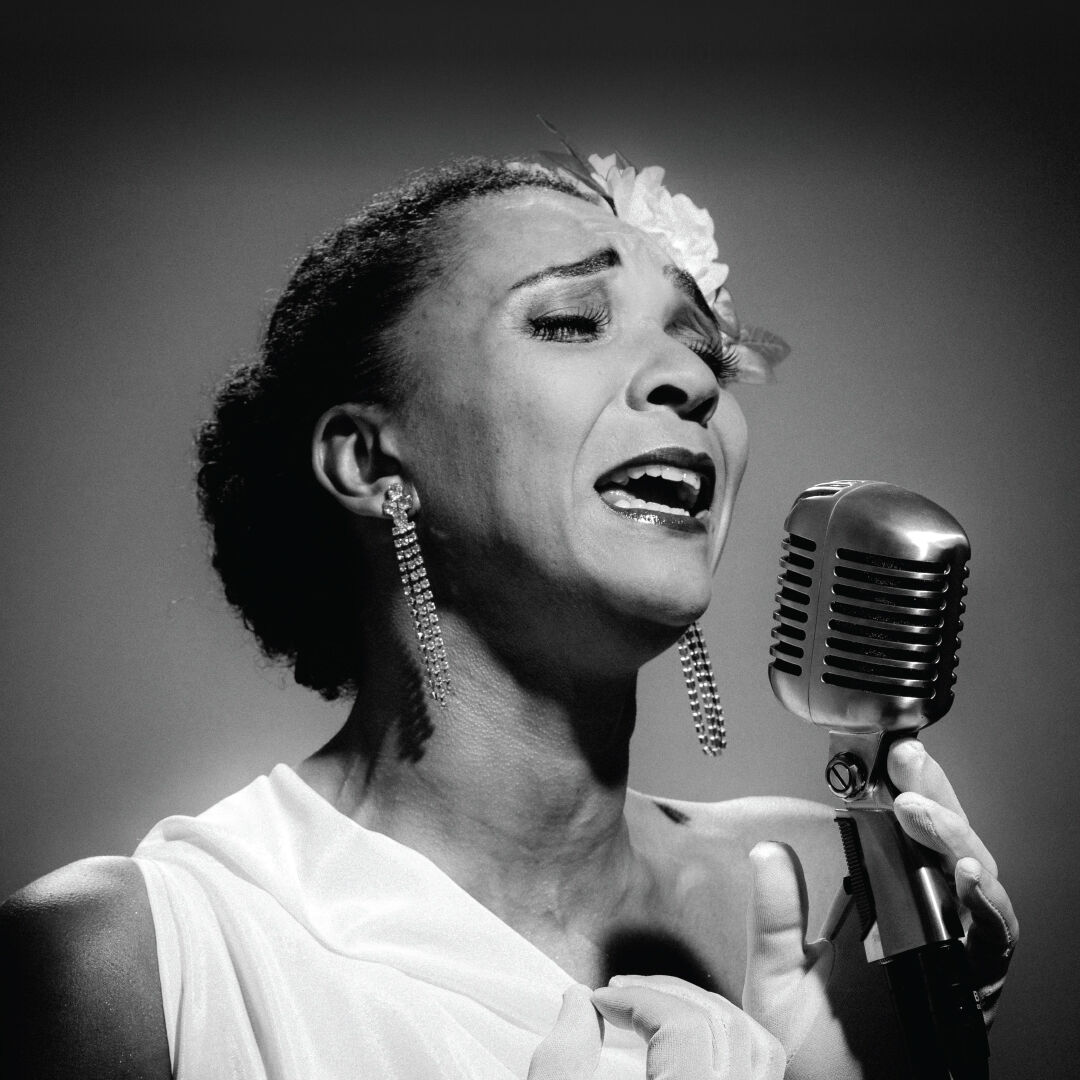 What makes Billie Holiday so unforgettable, and what can women today still learn from the Queen of Blues? I asked Dutch musical legend Sophia Wezer what it was like to be in Billie’s shoes.

Sophia, for 3 years, you played Billie Holiday in ‘Addicted to Blues’: a one-woman show that you worked on for over 10 years. Are you not sick of Billie by now?

Sophia: No way! Billie and I are not done yet, far from it. And I would love to see more people touched by her incredible story. Because this is not just the story of one of the most amazing artists of all time; it’s the story of a black woman juggling a career and a marriage, who desperately wanted kids but couldn’t, who dealt with the intrusion of fame and the pressure to look good. Most importantly: this is the story of every woman who has ever had a heartache.

How did you fall in love with Billie?

Sophia: To be honest, I didn’t know much about Billie till I was asked to play her in a musical about the life of Mahalia Jackson, aka ‘the Queen of Gospel’, about 25 years ago. When I play a role, I go deep. I want to know: who was this woman, what were her desires, what did she eat, what did she smell like? I immersed myself in Billie’s world, and the deeper I went, the more I connected with Billie and her situation. You have to understand that when I graduated from ballet academy, there were barely any musical roles for black women. And when I would drive home after a show in my husband’s fancy car, I would always get stopped by the police: ‘Excuse me, mam, where are you going in that car?”. It’s no surprise that I was raised to always be just that little bit better than a white person. If I wanted to succeed in this world, I had to be more than perfect. So, I made sure I could sing the loudest, hit the highest notes and do the highest leg kicks.

You still do the highest kicks!

Sophia: (laughs) You betcha I do! I played in ‘Tarzan’, a huge musical production in Germany, and after my first meeting with the director, he said: “Goddamit woman, you’re over 40 and you’re still doing those flips and summersaults? Give me a break!”. It’s hard work, it hurts like hell sometimes, but I’m still in top shape. Because of my background, I will always be a perfectionist. But the first time I heard Billie, I was astounded. Here was a woman who didn’t sing perfect, but straight from the heart. Her timing was slow, always a little bit behind the beat, but she sounded sexy as hell. And I thought: wow, you can be black and unapologetically real, and still successful.

Some people see Billie as a victim, but to you, she is an icon of empowerment.

Sophia: Absolutely! Just imagine, to record a protest song like Strange Fruit and then perform it in front of a hostile white audience, risking your life. That takes tremendous courage! And yes, her relationships were often violent, but she took full responsibility for her choice of men and refused to see herself as a victim. Plus, she kicked ass herself, quite literally: if anyone gave her trouble at a bar, Billie would beat them up. Sometimes several men at once! It’s easy for us to judge Billie’s life decisions from the safety of our own comfortable lives. But just try to imagine what it was like to be a black woman in America in a time of segregation and lynchings. It’s nearly impossible.

What is the most important life lesson you have learned from Billie?

Sophia: First of all, being in Billie’s shoes for 3 years made me aware of the fact that even now, black women still have to fight to be taken seriously, in many different ways. For example, can you believe that they finally started making pointe shoes for dark-skinned women? Hallelujah! But I still can’t walk into a Hema (a Dutch retail chain, red.) and buy skin-colored underwear to match my skin. The same goes for make-up: there is only one brand that makes a foundation that works for me. In the musical world, I have been a trailblazer when it comes to black female roles. I was the first black Rizzo in ‘Grease’ and the first black Velma Kelly in ‘Chicago’. At the moment, I am playing the first black Tanja in ‘Mamma Mia’. Of course, I’m proud of my achievements, but isn’t that a little absurd? The most important life lesson Billie taught me, however, concerns all women, regardless of their color: believe in yourself. Don’t give up, no matter what. Sadness and pain are part of life, but if you own them, like Billie did in her songs and on stage, they only make you stronger. So, whatever hardships and setbacks you may encounter, keep your back straight and your chin up. Always.

Throughout 2019, Sophia Wezer can be seen as Tanja in the musical ‘Mamma Mia’.