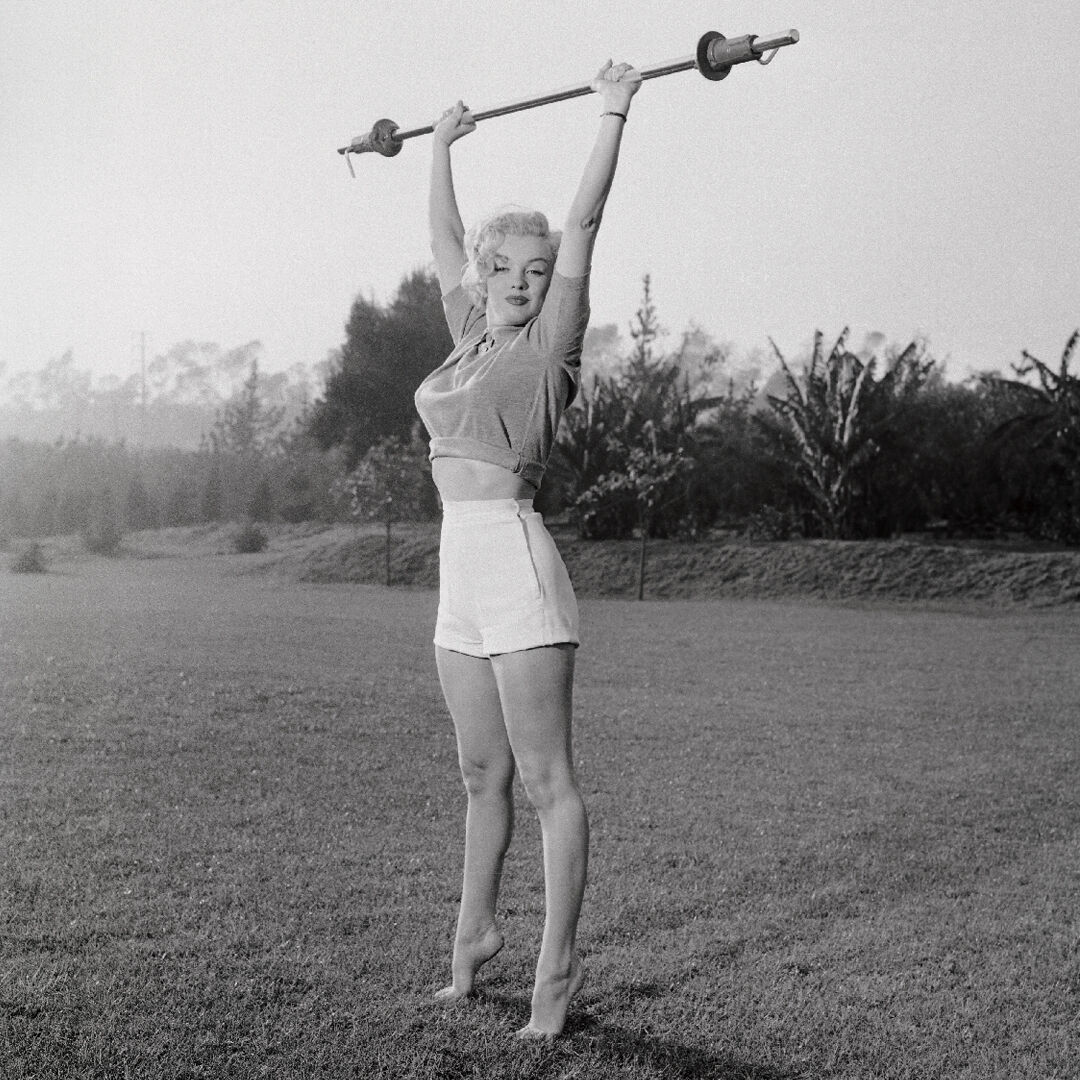 So, strong is the new sexy. But is it really that new? Anyone who has seen pictures of Ginger Rogers’ killer legs or Marilyn Monroe lifting weights in her bikini knows that in Hollywood, fit has always been hot. A short history of the fit film diva.

You may not know this, but long before the invention of SoulCycle and green smoothies, Marilyn Monroe was what we would now call a bonafide fitgirl. She did yoga, worked out with weights and followed a Paleo diet avant-la-lettre (hot milk mixed with two raw eggs for breakfast, meat and raw carrots for dinner). She even came up with her own fitness regime based on a classic manual for body-mind integration from 1937, The Thinking Body by Mabel Elsworth Todd. The secret behind Marilyn’s famous wiggle and glorious curves? Lots of discipline and hours of exercise.

Under the influence of the Flapper beauty ideal –skinny and streamlined- Hollywood actresses had become more active and sporty during the 1920s. Clara Bow claimed that she kept her figure in trim by simply ‘rolling around the room like a rubber ball!’. Yet at the same time they took drastic measures to keep their weight down: weird diets, metabolism boosters and even cigarettes. Hardly fitgirls, right?

The pin up (thankfully) changed all that. During WW2 many female Hollywood stars had posed for pin up pictures to boost the moral for ‘the boys’ overseas. The most popular ones, Betty Grable and Rita Hayworth, weren’t just curvy; they looked fit, strong and radiant. In one word: healthy. How they kept their stunning figures? Hours and hours of dancing. “Dancing is the best way to keep your legs trim,” Betty Grable used to say. (Over in France, femme fatale Brigitte Bardot had a similar regime: “My favourite exercise is cha cha cha!”.) Swimming was another way to get those desirable streamlined curves, thanks to the success of competitive swimmer and actress Esther Williams who liked to say: “Whoever heard of flat chested mermaids?”

Sure enough, throughout the decades, women have struggled to keep up with Hollywood’s beauty ideals, often subjecting themselves to plastic surgery and ridiculous diets. But Hollywood has managed to get a lot of women moving, too! Think of Hollywood-fitness crossover Jane Fonda who inspired millions of women with her 1982 ‘Workout’ video, or Sigourney Weaver whose role as the totally ripped lieutenant Ripley in Alien (1979) sparked a trend for action movies with extremely fit, female heroines.

And now there is Oscar-winning actress Gwyneth Paltrow, one of my favorite fitness icons du jour. This feminine feminist doesn’t just want you to move; she wants you to have it all! On her lifestyle website Goop, the 44-year old shares the secrets behind the killer body that makes most 20-year-olds jealous. Yes, she works out religiously (with celebrity trainer Tracy Anderson, also responsible for J. Lo’s magnificent booty). But being fit and fabulous goes beyond killer abs for Gwyneth; it’s about body positivity and –very importantly- not forgetting about your sexuality! “Yes, we can be mothers, working women AND sexual beings all at the same time!” she exclaimed recently. Marilyn would have been proud.