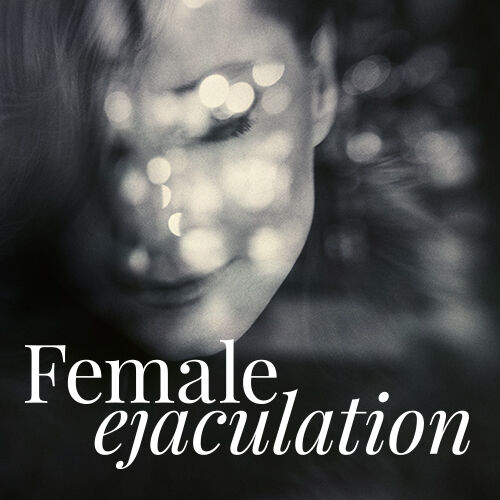 Does the G-spot exist? Well, the ancient Greeks knew exactly where to look…and it gave a special meaning to the term ‘nectar of the gods’.

“Where exactly does all the liquid come from?” I asked my teacher. He looked stunned, -“ALL that liquid?”-, and mumbled something about women producing small amounts of vaginal lubrication. “At the most,” he added.

Ejaculation, it was suggested, was something only men did. “During sex, the man gives, and the woman receives,” was one another cliché I heard growing up. Since I never cared much about what other people said anyway, I decided to –quite literally!– go with my own ‘flow’, and enjoy what I considered a gift of nature. The only downside? Having to constantly change my sheets – which I did with a big smile.

I was already in my forties when a lover told me about a woman who stopped herself from ejaculating during sex because she felt too embarrassed. Really? Such a shame! But when I started asking around, I realized that she wasn’t the only one. Often, female ejaculate -prostatic fluid mixed with glucose and tiny amounts of urine- was mistaken for pee. Women had been scolded by partners for ‘wetting the bed’. And the G-spot, the ‘female prostate’ located in the front of the vagina that produces this liquid, was considered by many to be ‘just a myth’, branding female ejaculation a mere fairy tale.

How sad to think that this attitude had been stopping generations of women from having the sex they deserve and desire! And how ironic: thousands of years ago, female ejaculation wasn’t seen as something dirty, but as something divine! The great Greek philosophers Aristotle and Galen of Pergamon even considered it a ‘nectar of the gods’ and while I was in India, practitioners of the Tantra tradition would drink or rub this precious liquid into their skin, calling it a ‘love tonic’.

I believe our ancestors were right: sexual energy is the source of life. Sex is sacred, and so are your fluids. So next time you feel the urge to let it flow, be a (Greek) sex goddess and let it flow. Yes, it will get messy. You might have to buy a new set of towels. But believe me, it’s worth it.