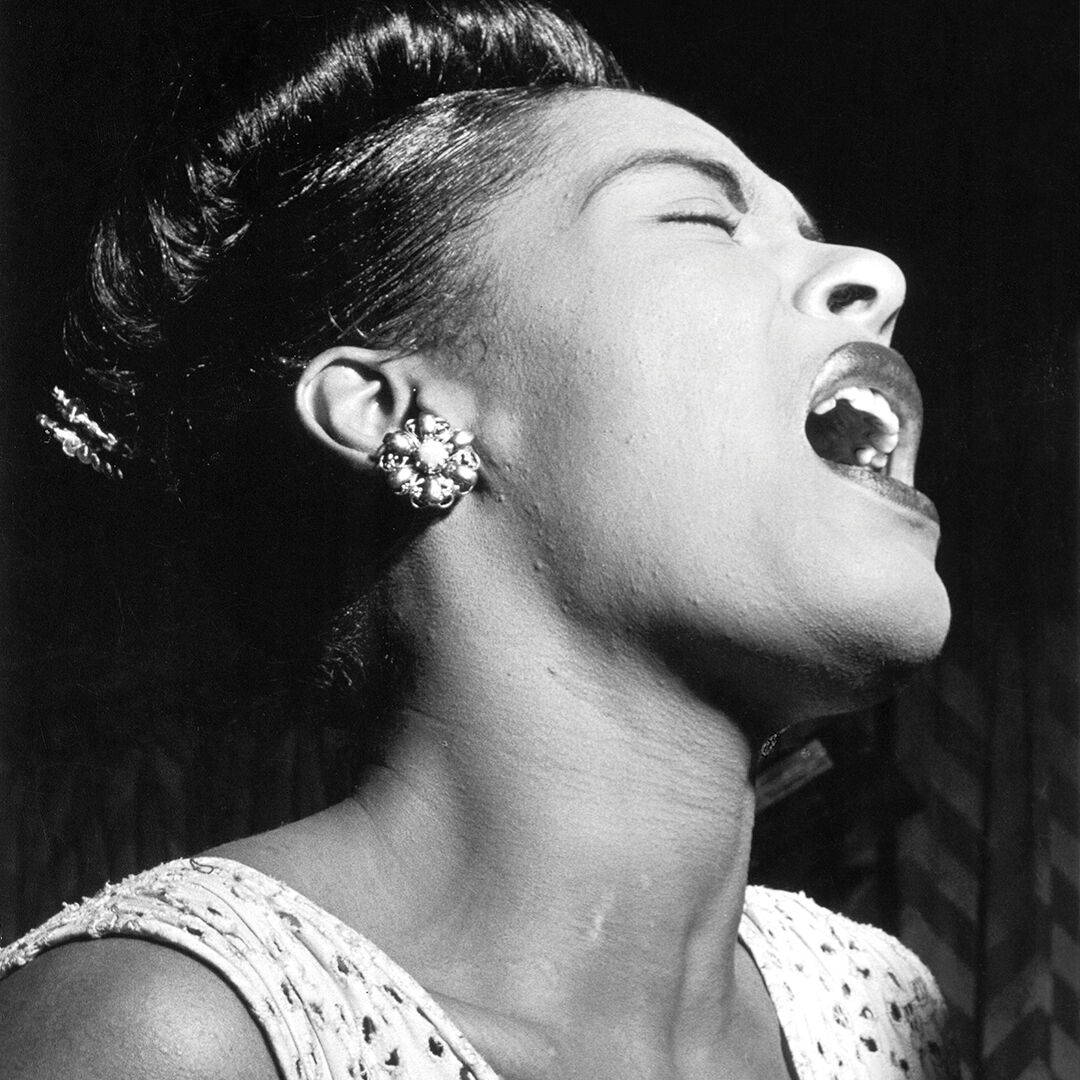 Like a flower that grows from a crack in the sidewalk, Billie Holiday reached for the sun and bloomed, despite relentless adversity. Like Mexican painter Frida Kahlo, she transformed her pain and sadness into art, turning broken pieces into masterpieces. “Lady Day got diamond eyes, she sees the truth behind the lies”, Bono would sing in ‘Angel of Harlem’. Indeed, with gardenias in her hair, smoldering through smoke and tears, Billie Holiday used her voice to speak and sing her truth. Without shame, and no matter the price.

Billie Holiday was born Eleanora Fagan in Baltimore in 1915. Slavery had only officially ended 50 years earlier, and Billie -who borrowed her name from fearless movie diva Billie Dove- would hear stories from her great-grandmother about life as a slave. In her autobiography ‘Lady Sings the Blues’, which would later inspire a movie with Diana Ross playing the legendary jazz singer, Billie describes a dark, damaging childhood: growing up away from her mother, in the home of a cousin who beat her; surviving an attempted rape by a neighbor. “The worst thing that can happen to a woman. And here it was happening to me when I was 10,” Billie wrote. One day, while scrubbing floors in a brothel, Billie heard Louis Armstrong and Bessie Smith on the record player. She had found her reason to live: music.

At 15, Billie started singing at small clubs in vibrant Harlem, moving from table to table, making each song sound slightly different every time. “No two people on earth are alike, and it’s got to be that way in music or it isn’t music,” she would later explain. By the time she got discovered at 17 by music producer John Hammond, she had already developed the heartbreaking, soul-lifting sound that would make her one of the greatest female vocalists and jazz singers of all time.

Soon, Billie was touring America as the first African-American woman to sing with an all-white band, experiencing segregation and prejudice on a daily basis. In 1938, when she was asked to use the service elevator at New York’s Lincoln Hotel rather than the passenger elevator, Billie had had enough. She left the band. “You can be up to your boobies in white satin, with gardenias in your hair and no sugar cane for miles, but you can still be working on a plantation.”

Billie would score many unforgettable hits, like ‘Gloomy Sunday‘ and ‘God bless the child‘ (which she wrote herself), but the song that shook the world to its core was ‘Strange Fruit’. Expressing horror at the lynching that was still taking place in the American South, Billie had to endure verbal and physical abuse each time she performed the controversial song. When her worried mother warned her that ‘Strange Fruit’ would be the death of Billie, she replied: “Yeah, but I’ll feel it. I’ll know it in my grave.”

‘Lady Day’ lived and loved voraciously, indulging in drink, drugs and sexual desires (at some point, she had affairs with both Orson Welles and Tallulah Bankhead). “A kiss that is never tasted, is forever and ever wasted,” she liked to say. Yes, she was damaged; yes, she was self-destructive. But she refused to see herself as a victim, proudly owning each of her decisions. “I never hurt nobody but myself and that’s nobody’s business but my own”, Billie sang, setting the precedent for later generations of badass blues queens like Janis Joplin, Erykah Badu and the unforgettable Amy Winehouse.

When Billy Holiday died 1959 at 44, her body was broken, her bank account empty (the exact balance: $0.70). Yet her voice had told more stories than one life can live, and she had done everything with swagger and style, whether she was playing a lowly maid in a mediocre Hollywood movie (‘New Orleans’, with Louis Armstrong) or singing her heart out for a sold-out Carnegie Hall, her head tilted back in rapture, fragrant gardenias in her hair. Lady Day had been, in the words of her friend Maya Angelou: ‘a woman, phenomenally’.