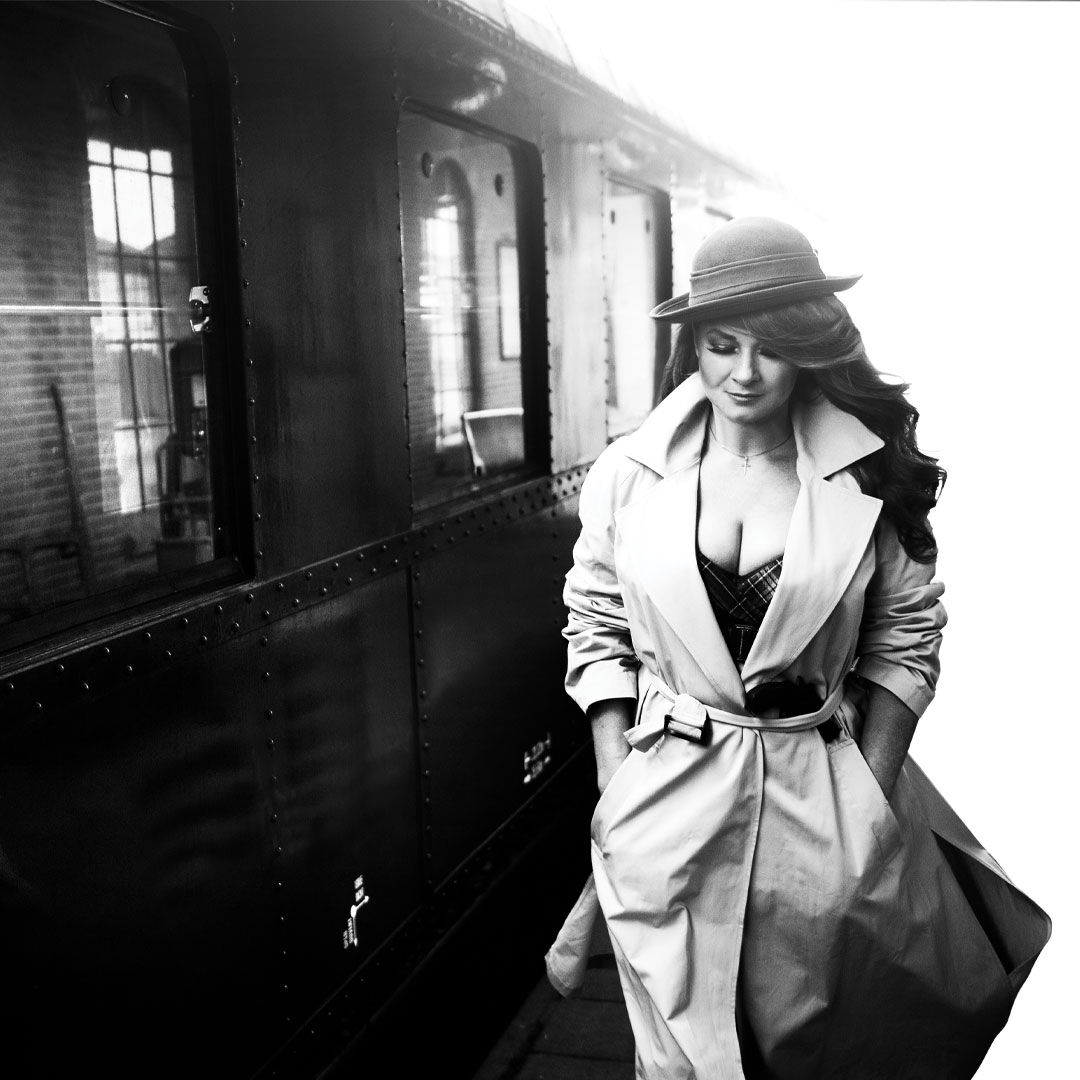 From trench to trend: the trench coat

For over a century now, the trench coat has been the ultimate ‘it coat’. But how did this military garment, first worn during WWI by officers in the trenches – hence the name! – become one of the ultimate icons of androgynous chic? A short history of a feminist style icon with a sexy twist.

As soon as I put on my trench coat, I immediately feel empowered: ready to conquer the world! Which is no surprise, given the fact that the coat’s signature badass elements – the wide lapels, epaulettes, large pockets and belted waist – have military origins. First created in 1912 by Sir Thomas Burberry out of a revolutionary, waterproof fabric, the trench coat kept the endless mud off uniforms in the trenches of WWI. Only officers were allowed to wear them, hence the macho shoulders traps, used to attach the insignia of one’s rank. The deep pockets were necessary to hold military gear, the collar buttons at the neck enabled gas masks to be tucked in tightly. Even the beautiful, khaki color of the formidable coat was functional: it camouflaged the soldiers in the field.

Like with many other classic fashion pieces – the bomber jacket and blue jeans, for example – it’s exactly this radical functionality that has given the trench coat its timeless cool factor. During the Golden Age of Hollywood, ‘effortlessly cool’ actors like Humphrey Bogart paid homage to the trench on the silver screen, rocking their versions with power shoulders and a nonchalantly tied belt (which is actually how we have worn the belt since). Soon, actresses such as Marlene Dietrich and Katharine Hepburn adopted the look to portray strong female archetypes. More than just a stylish, androgynous look, the trench coat helped women who were trying to make their mark in a men’s world transform into leading ladies; from the femmes fatales smoldering in film noir to the sassy stars of the 1960s like Brigitte Bardot and Audrey Hepburn in ‘Breakfast at Tiffany’s’. The trench coat had officially become a feminist style icon.

Now, half a century on, the trench coat still dominates our wardrobes and rocks the runways, season after season. Today’s power women, from Beyoncé to Alexandria Ocasio-Cortez, wear theirs with pride and feminist fl air. Even the original Burberry trench lining – a black, red, and white tartan recognized by the Scottish Tartan Authority – has become a style statement itself. I can honestly say that my trench coat is one of my favorite fashion staples. To me, its power is nothing less than magical. Put one on, and you cloak yourself in a tradition of fearlessness and mystery. Take one off, in the right setting (with my lover, wearing only my Peekaboo lingerie and heels underneath) and you make sensual memories that make you smile for days. Oh, the tales my good old coat could tell! But that’s all between me and my trench…