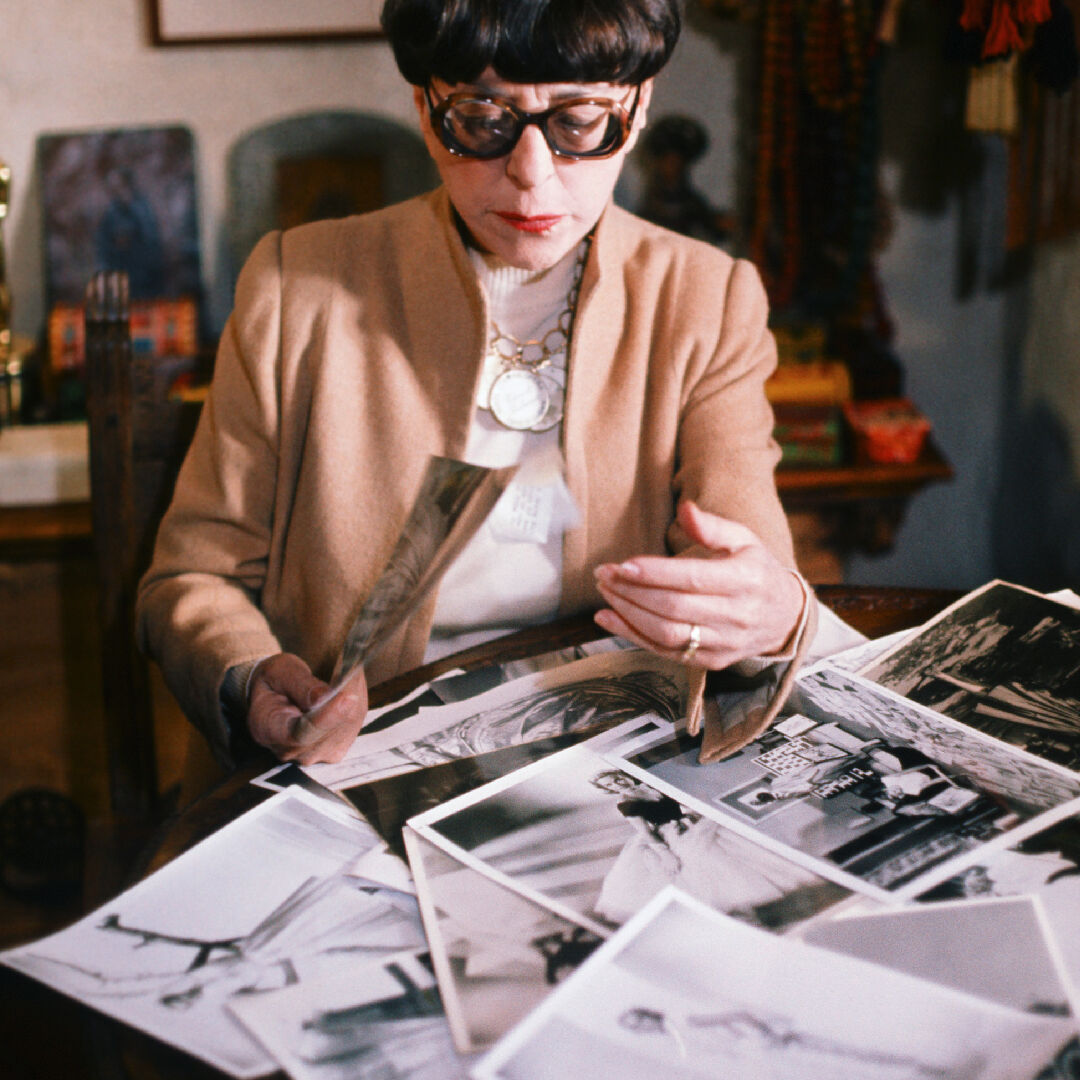 Some people call her the most important figure in the history of Hollywood costume design, to others she is the style maven who showed millions of women how to dress for success. But to me, Edith Head will always be the mistress of transformation. In the words of one of her star friends: “If Cinderella had Edith Head, she’d never have needed a Fairy Godmother.”

Edith Head was born October 28, 1897 into a poor mining family with European Jewish ancestry. She loved to tell the story of how, for lack of friends, she dressed up the horned toads she found in Nevada’s desert sand. I know all too well from my own childhood how loneliness can be a blessing in disguise: it feeds your imagination. In later years, struggling as a dress designer, Edith used to tell herself: “Anyone who can dress a horn toad, can dress anything!”

Edith loved the glamorous fantasy of Hollywood – one of her first assignments was painting polka-dots on six-foot butterfly wings for Peter Pan – but very soon actresses like Clara Bow and Mae West discovered Edith’s talent to create designs that helped them transform their bodies and inhibit their roles. “Through the work of a fine costume designer, an actor can become the character. Edith Head never failed,” Bette Davis said of her BFF.

Edith would go on to work on over 1100 hundred movies and win a record eight Academy Awards for her designs; think of classics such as All About Eve (1950), Roman Holiday (1953), and The Sting (1973). She was a hugely successful woman in a field dominated by men, and even in her private life she broke with tradition: after a first failed marriage she found her true love in a man who became a stay-at-home husband to completely support her career.

Still, Edith’s true mission wasn’t to make Hollywood more glamorous, it was to empower real women. As soon as she realized how much women were influenced by the movie stars’ wardrobes, she started making her designs more wearable and was thrilled to see them copied and worn with pride in daily life. “Create the image you desire, to achieve your heart’s desire,” was her motto as she transformed herself into a style guru with trademark dark round glasses, a severe hairdo and a reluctance to smile, handing out no-nonsense advice and witticisms across the country on radio and television.

To this day, Edith’s ideas and quotes are relevant and loved. When I design my lingerie I often think of how she described her work: ‘a cross between magic and camouflage’. When she was caricaturized in the computer-animated hit film ‘The Incredibles’ (2004), her character Edna Mode was the eccentric designer of – how fittingly! – superhero costumes. I think she would have loved that; after all, it was Edith who said: ‘You can be anything in life if you dress for it.’ Why not your own superhero?