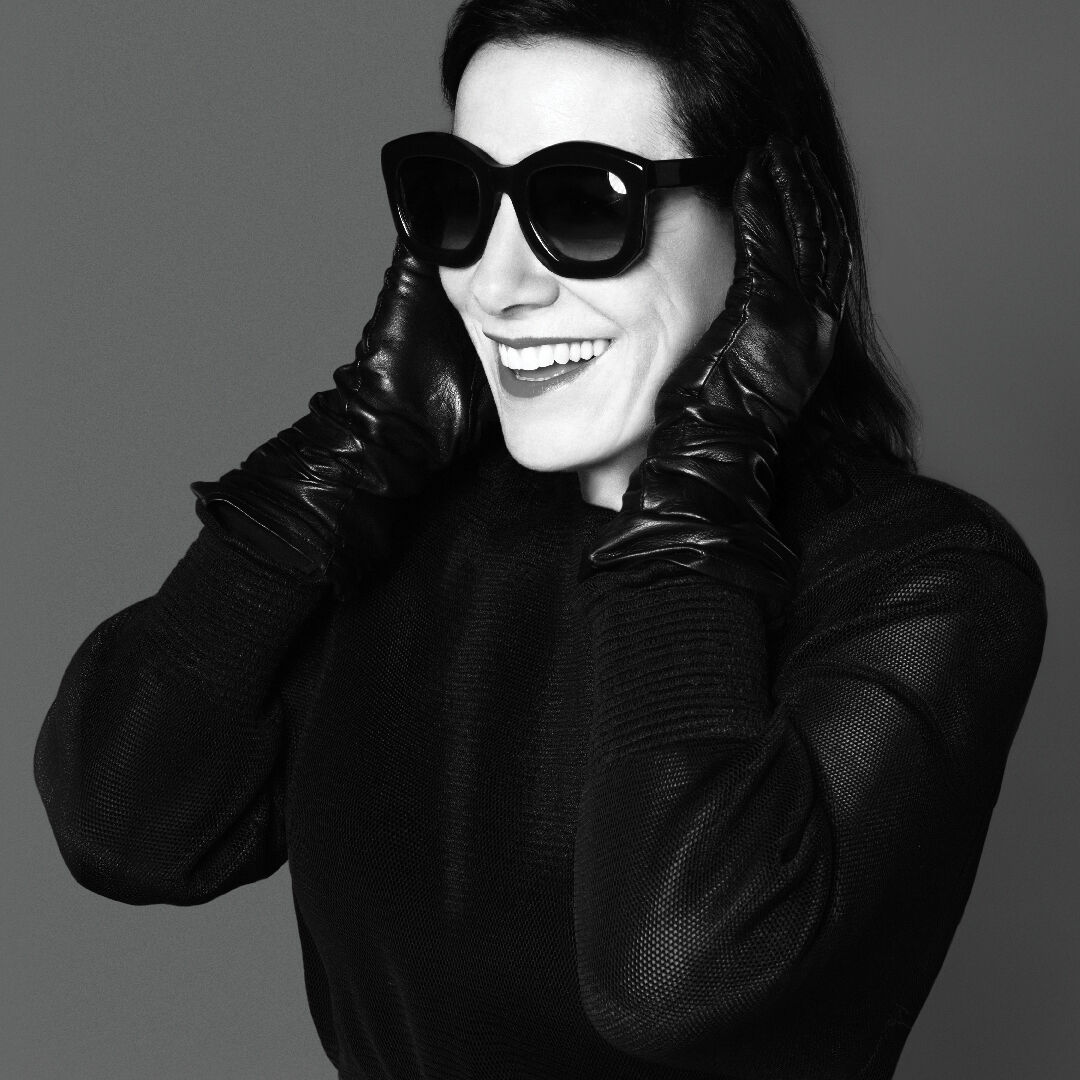 In bed with Arianne

As far as I am concerned, there is only one heiress to Edith Head’s throne, and that is the magnificent Arianne Phillips (53), twice Oscar-nominated costume designer and Madonna’s favorite style-collaborator. Like Edith, she is a tastemaker and visionary in both film and fashion. And just like her legendary predecessor, she is a feminist icon in her own right. I had the rare chance to interview Arianne and ask her about Madonna, feminism in Hollywood and why she thinks lingerie is ‘everything’. “We definitely do NOT like to hide it!”

Marlies: To me, you are one of the main architects of feminine feminism; both in Hollywood and the world of fashion. What does being a feminist mean to you?

Arianne: I am a humanist and a feminist. I believe it is my responsibility to pay forward my success by (hopefully) inspiring people, and especially young women, to listen to their gut and inner desires. Tap into your intuition to follow your dreams!

Marlies: What is your main drive in everything you do?

Arianne: To communicate, collaborate and creatively express myself. To be mindful but also a disrupter. To keep challenging myself to think independently and differently.

Marlies: When Edith Head started out in the 1930’s, she was one of the few successful women working in a field that was dominated by men. What is it like now?

Arianne: There are more successful women costume designers now, but as a group we are paid significantly less than our colleagues working in predominantly male fields such as production design and cinemato-graphy. We are underpaid and undervalued. Myself and many of my costume design colleagues believe strongly that this is based on sexism. The struggle is for equal pay, and believe me, the battle continues!

Marlies: What is it like to be nominated for an Oscar? Edith Head was incredibly keen on winning them; is it as important to you?

Arianne: It has been my great privilege to have been nominated twice for an Oscar, and both times came as a complete shock! It is an experience that reaches beyond your personal good fortune and involves your family, friends, colleagues and the public. To have everyone you have ever known rooting for you is an incredibly humbling experience. Winning is not even that important, it really is about being nominated. As a matter of fact, I think it keeps me more relevant by giving me something to aspire to! Though I have to say, my father would have loved it if I won…

Marlies: Edith Head used to say: ‘what we do is a cross between magic and camouflage.’ What is the most important thing you want to give the artists you work with?

Arianne: My job as costume designer is to inform the story and help illustrate and create a character. I try to inform and inspire actors on the tactile and physical side. A costume should be like a ‘beam me up’ machine, transporting the actor into the time and place of the story.

Marlies: What kind of role does social media play in your (work-)life? How do you see its influence on Hollywood and the fashion world?

Arianne: I enjoy social media! Instagram for curating my inspiration, connecting with artists, designers etc. Facebook for staying in touch with family and friends, to have a soap box to voice my opinions and of course the animal videos which I love! Snapchat is fun for creating a behind-the-scenes report of my life so people I know can follow me on my travels and adventure. I think social media plays a huge part in the relationship between film and fashion.

Marlies: What recent and upcoming projects are you most excited about?

Arianne: Currently, I am working with Madonna on a special intimate performance she is doing at Art Basel to benefit a hospital she is building in Malawi. I am also very excited to be designing my first opera called ‘Marnie’, based on the 1959 novel that was famously made into a film by Alfred Hitchcock with Tipi Hendren and Sean Connery. We just finished shooting the sequel to ‘Kingsman’ called The Golden Circle, and now I am working on the new ‘Kingsman’ men’s collection available on MR PORTER. Soon, we will open our first brick & mortar flagship shop in London! In the mean time, I am very passionate about getting more costume designers involved on the design side of developing authentic and integral film merchandise.

Marlies: What do you like to wear when you’re on set? Do you have a work uniform?

Arianne: It was pointed out to me recently I tend to dress in the theme of the project I am working on.
And it’s true! When working on ‘Kingsman’, I wore a lot of tailored jackets and menswear, on the set of Tom Ford’s recent film ‘Nocturnal Animals’, which partly takes place in Texas, I wore a lot of denim. And when I collaborate with Madonna I tend to dress a bit more experimental. But in general, I wear a mix of vintage, high street and designer. Its all about the mix!

Marlies: You design ‘from the shoes up’; but how about that other foundation: lingerie? How important is it in your work?

Arianne: Lingerie is EVERYTHING, even if you do not see it on camera. Lingerie informs the silhouette and how an actor carries him- or herself. It is especially important in period pieces. Obviously, after working with Madonna for nineteen years it is clear where we stand: there is no limitation on lingerie, and we definitely do NOT like to hide it!

Marlies: Lingerie seems to play a big role in feminism. During the first feminist wave women wanted to get rid of their confining corsets, during the second one they burned their bras. I believe the third wave was kick started by Madonna when she wore that iconic Jean Paul Gaultier corset. How do you see this?

Arianne: Yes, you are right! Madonna is a ‘disrupter’; she breaks the rules, breaks down boundaries and she has used lingerie to change the gender conversation. Remember, she has been putting men in skirts and high heels and women in suits since the beginning of her career. It is part of her creative language.

Marlies: What makes you click so well with Madonna?

Arianne: First and foremost, Madonna has been at the forefront of our culture in music, film, performance and photography. She continues to push the conversation and boundaries. To me, this is the most exciting place to be! She understands and creates content that I am inspired by and believe in. We have a similar communication style and work ethic. I respect her, and feel valued and respected by her, which I why I stay. Ultimately she is honest, loyal, quietly generous and has great empathy which are the qualities I most admire in a person. And last but not least: she has a kick-ass sense of humor!