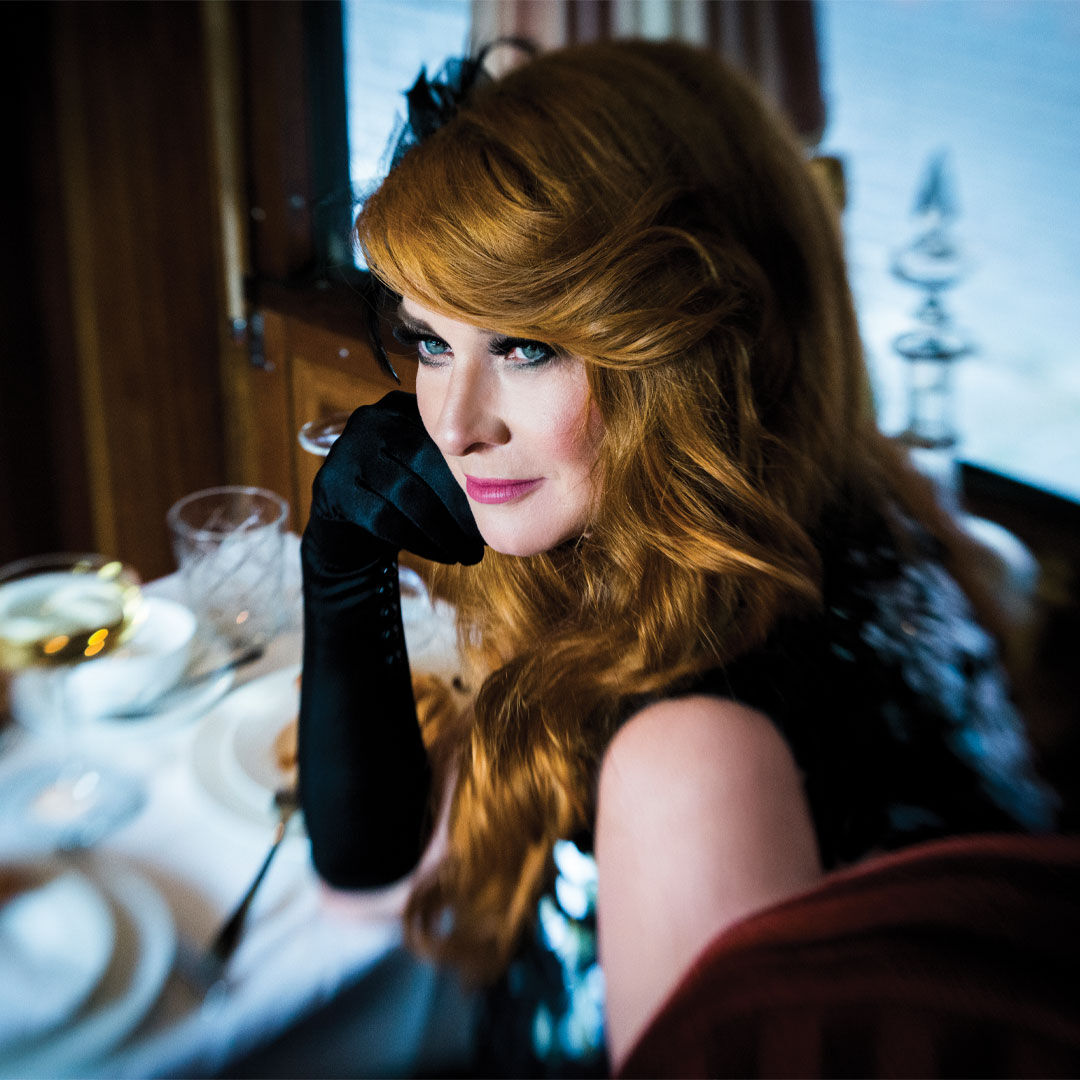 There I was in my silk evening gown, steaming up the windows of the Orient Express with a handsome stranger when we heard a bloodcurdling scream. Just that morning, I had poisoned my husband on a Nile steamer after solving a gruesome murder at an archaeological dig in Mesopotamia. Quite a day, I dare say! Especially for a 9-year old girl in a small town in Holland.

‘The Duchess of Death’ they called her, but with her magical murder mysteries, Agatha Christie gave me the kiss of life. From ‘Death on the Nile’ to ‘Murder on the Orient Express’, Agatha’s fictional worlds, with their high-glam style, exotic locations and bad-ass female characters unlocked the doors to my own imagination. Devouring her stories with flushed cheeks and a wildly beating heart, I vowed I would create worlds from my own fantasy one day, worlds that would amaze and even change people.

The women in my family have always been a blood-thirsty bunch. Forget about romance novels, my mother got her kicks from horror movies and thrillers. When my daughter Zilver turned 16, I offered to take her on a trip, anywhere in the world. She chose Miami, not to have rainbow smoothies on the beach, but to visit the murder sites from Dexter, her favorite TV series about a ruthless serial killer. The three of us are bonded by our fascination with the dark side. We find power in facing our fears.But I also believe that women have an instinctual love of untangling things. Reading Agatha Christie’s ‘whodunnits’, I got the satisfaction of solving delicious criminal puzzles by finding clues in the smallest details. How handy that skill would come in one day!

“Very few of us are what we seem,” Agatha once famously said. In her stories, she would introduce stereotypes – the femme fatale, the ‘black’ widow, the sassy socialite – only to have them act completely ‘against character’ later on. With characters like Miss Marple, a sweet grey-haired lady who inconspicuously frames dozens of murderers, Agatha showed me how to use prejudices against you in your favor. (When people think Miss Marple is being a gossipy old lady, she is actually gathering important evidence). Later, I would watch Madonna launch a new feminist wave by playing with iconic feminine identities, but it was who Agatha planted the seed of self-reinvention in me.

And so, the small-town girl who voraciously read Agatha’s murder mysteries, dared to dream beyond the limitations of her working-class background. Rather than become the housewife everybody expected me to be, I went to art school. I used my imagination to manifest my deepest desires. And I found my calling in lingerie. Using my eye for detail, honed by solving Agatha’s criminal puzzles, I created designs that gave women precious clues about themselves. I empowered women all over the world to rewrite their roles in life. But perhaps most importantly, I unlocked the doors to their imagination. Just as Agatha had done for me.

Dare to use your imagination.